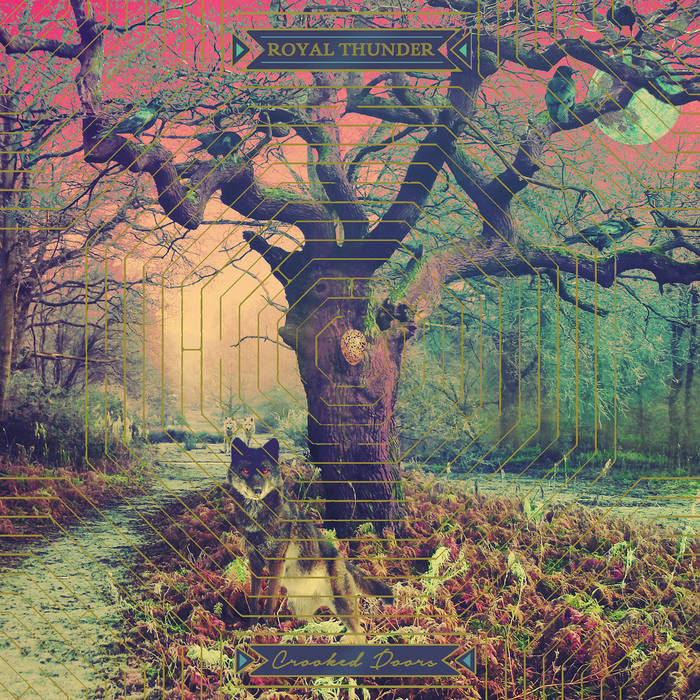 temporalhaze I believe Royal Thunder finally hit their stride with this album and continued onward and forward with Wick. For anyone looking to introduce themselves to some amazing and honest music, this is a good place to start. Favorite track: The Bear I.

Michael Noe This is one of those albums that you put on your table and just absorb the sounds coming out of your speakers. A band that embraces the sounds of the past and creates something unique and original. Favorite track: Forgive Me, Karma.

Jeremy Riser There's an old homage, and in its paraphrased form, says "eating out of the palms of your hand." That's exactly what this song does; it sets that precedent that is heard throughout the entire album. Normally I'm about Norwegian, Finnish, or Swedish metal, but I can't get this album off repeat. Favorite track: Time Machine.
more...

This Doesn't Seem To Have A Character Limit

Atlanta's ROYAL THUNDER reemerge with their stunning sophomore LP 'Crooked Doors'. Propelled by the powerfully emotional voice of Mlny Parsonz, ROYAL THUNDER seamlessly blends the great parts of heavy classic rock, 90s grunge and the forward thinking guitar heroics of contemporary metal bands like Mastodon and Baroness to create a sound unmistakably their own. Rarely has a band so naturally tied together 3 generations of hard rock into one triumphantly magnificent album.

Royal Thunder (Miny Parsonz – bass/vocals, Josh Weaver – guitar, Evan Diprima - drums, Will Fiore - guitar) is a haunting hard rock band, luring listeners in with dark rhythms and soulful vocals. The band formed in 2007 and released an EP in late 2009 followed by the debut full-length CVI via Relapse Records in 2012. The band has shared the stage with Baroness, Wovenhand, Pallbearer & many more ... more

Bandcamp Daily  your guide to the world of Bandcamp